How do you get university admission? 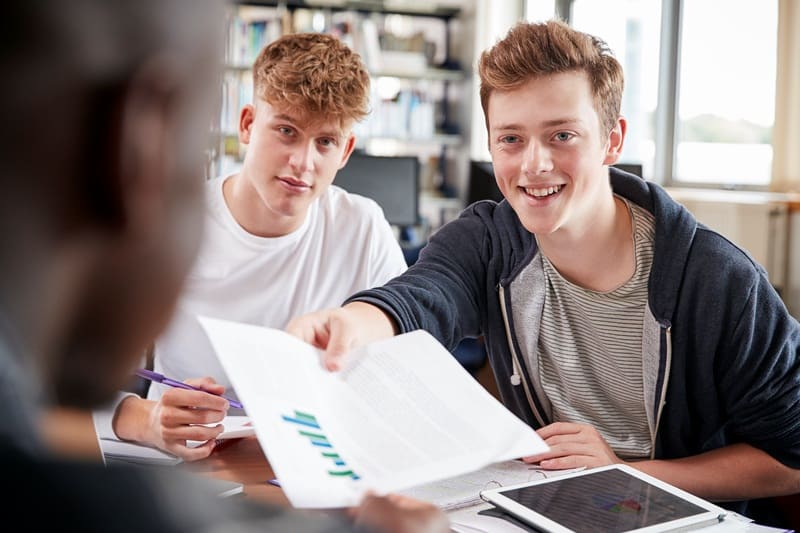 After you have learned German and have your degree recognized, the next step is to apply for a study seat at the university. What are the most prominent steps and conditions that Arab students must know and abide by before sending the application?

After you have successfully passed the first steps to start your university studies in Germany, which include learning the German language and obtaining recognition of your degree, you should now apply for a study seat at the university that qualifies you for the required specialization. But before submitting your application, it is important to know first whether the specialization you intend to apply for has a limited admission principle or not.

Obtaining admission to study in German universities requires proof of proficiency in the German language in a way that qualifies the person wishing to enroll in these universities. This can be proven by two tests: The first is the "German language test for university admission", known asDSH, and the applicant can take this test only within Germany, as it is not available in other countries. As for inquiries about test dates and places, they are made through the university's foreign student office, known in German as the Akademische Auslandsamt. The second test is the German as a foreign language test known as TestDaf. Unlike the DSH, this test can be passed not only in Germany but also in 90 countries around the world. On the TestDaf website, you can learn more about test locations and dates, as well as other information in many languages, including Arabic.

Choosing a major and university

After the step of obtaining the required level in the German language, it is now the turn to choose the appropriate specialization and university and learn about the conditions of study. In addition to university websites, the study in Germany website providesDW is a database on the various study programmes, universities and technical institutes available in Germany. The DAAD website also provides information on more than 2,500 majors in more than 300 German universities and technical institutes. There are study programs in Germany where admission is limited, such as medicine, dentistry and pharmacy, so you must apply for studies in them centrally through the hochschulstart website.

Before submitting an application to study in German universities, applicants who hold secondary certificates from outside the European Union must verify that these certificates qualify them to start studying at German universities. Here, the admission requirements for each country must be viewed, based on the database of DAAD, which includes information on 35 countries around the world. The relevant university websites also provide information in this regard, in addition to detailed information about all countries on the website (anabin) . In the event that the holder of a foreign secondary certificate is not able to enroll in studies at German universities based on his certificate as it is, then he must enroll in one of the coursesStudienkolleg that prepares him for university studies. These preparatory courses are usually offered by universities and colleges, and the study period extends over two semesters, after which the applicant passes a test known as the Feststellungsprüfung. Entry into these preparatory courses requires passing an entrance exam, which in turn requires proficiency in German at B1 level, according to the DAAD website.

The fields of study in which the principle of admission is adopted in all universities are the majors that are very popular in Germany among students. These specializations are human medicine, pharmacy, veterinary medicine, dentistry and the specialization of geographical information management. Admission to the mentioned specialties is based on the principle of differentiation, which is known asNumerus Clausus. This means choosing the number required for specialization according to the success rate in the secondary certificate, as priority is given to those with the highest rates.
Applications for these specializations are made through the website www.hochschulstart.de

On the other hand, there are specializations in which admission is made on a limited scale, that is, in some universities only. This also depends on the principle of differentiation.Numerus Clausus determined by the university itself. The criteria and admission tests for distributing academic seats differ from one university to another, depending on the location of the study in Germany.

The site is  www.hochschulkompass.de The student’s compass that guides him to all the necessary information related to studying at German universities, and through the site you can find out whether the specialization you want is subject to a limited admission system or not. This knowledge can be accessed by typing the name of the specialization and the name of the desired university in the search boxes on the website, so that the answer to your question will appear to you later.

Where do you apply for admission to the university?

In principle, there are three ways to apply for a study seat at German universities, according to the location of the study in Germany: The first method is through the foreign student office of the university in question, known in German asAkademische Auslandsamt. On the website of the Office of International Students, the applicant will find information about all the steps for applying. The second method is through the websitewww.uni-assist.deIt is the most popular website among Arab and foreign students. This site, which is supervised by the German Authority for Cultural Exchange /DAAD, the mediating role between foreign students and German universities. In addition to examining the qualifications and certificates of students applying to start studying at 180 German universities, the site provides other services such as information about different disciplines and conditions for applying to them, and there is also information about the necessary documents, as well as information about refugee students. The application examination period takes from four to six weeks. As for the third method, it concerns academic disciplines with limited admission, in which the application is via the following website: hochschulstart.de.www. After registering on the site, the applicant can track his application and make modifications and additions later.

And sometimes you have to apply for studies by correspondence, because there are universities in Germany that do not yet rely on electronic application. You can find out about the universities that approve this application throughStart | uni-assist eV

You can find out the documents needed to apply through the offices of foreign students. As for the application forms, you will find them on the websites of the concerned university, or on the website of the universityuni-assist.de, DAAD or hochschulstart.de. Only copies and translations certified by the relevant official authorities, such as German embassies, are accepted. Some universities also accept documents in both English and French, according to the DAAD website.

German universities have a specific time for applying, so they have two dates for applying per year, which are in winter or summer.

Applying for the winter semester:

Applying for the summer semester:

In addition to the costs of authenticating the documents and certificates required to apply for a university seat in Germany, there are also application fees that vary depending on the entity to which you sent the application. For example, the fee for examining certificates and documents costs €75 if the examination is done via a website uni-assist.de according to the website of the German Association for Cultural Exchange.