The best universities in Germany 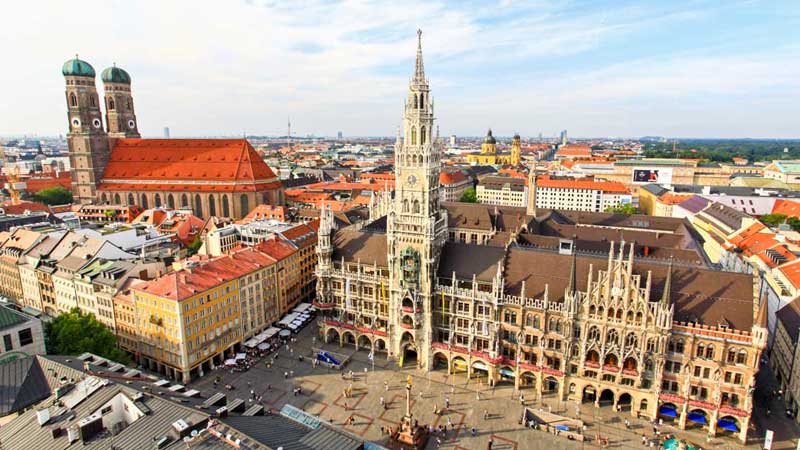 The University of FreiburgFreiburg Universität ranked 10th in the ranking of the best German universities for the year 2020. It was founded in 1457 in Freiburg, in the state of Baden-Württemberg in southwestern Germany. The university has produced a group of distinguished scholars and thinkers, 32 of whom have won the prestigious Nobel Prize in various fields. Currently, students from 120 countries are studying at the University of Freiburg in more than 150 study programmes.

The University of TübingenEberhard Karls Universität Tübingen ranked ninth in the 2020 classification. The university in the German state of Baden-Württemberg has about 28,000 students and more than 500 professors. The university consists of seven different faculties, in addition to more than 300 majors of study. It is one of Germany's oldest universities, and has maintained its distinguished position among Germany's universities in the fields of medicine, natural sciences and humanities for years

Technical University of BerlinTechnische Universität Berlin takes eighth place in the rankings, and is ranked high in the "Best Employer Reputation" category, which means that the chances of its graduates in the labor market are high. There are about 35,000 students studying there. The university has also been participating with Humboldt Universities and the Free University in the initiative for excellence for Berlin universities since 2019. It is noteworthy that the university had opened a branch in El Gouna resort in the Egyptian city of Hurghada in 2012.

University cameRWTH Aachen is in seventh place for the top ten universities. There are more than 37,000 students studying at the university, most of them studying engineering fields. It also contains more than 260 research and studies institutes. For years, the university has been on the throne of German universities in the fields of electronic technology, science and economic engineering. The University of Aachen was awarded the title of "elite" in 2007 and 2019, making it one of the best universities in the country.

I got the Free University of BerlinFreie Universität Berlin placed sixth. It was ranked high in the "Academic Reputation" category, which means that it has an excellent reputation in the field of scientific research. The university is distinguished in particular by its study programs in the field of natural sciences, and its name is associated with the largest university hospital in Europe (Charite). It is mentioned that she is also interested in studies related to the Middle East, such as Islamic sciences and archaeology.

Karlsruhe Technical Institute cameKarlsruher Institut für Technologie is in fifth place in the 2020 ranking. Established in the 1960s, this institute is considered a modern educational institution compared to other German universities and institutes. In 2019, it was ranked among the elite universities, and the institute includes the best methods of information technology and the best methods of research and training in this field.

Heidelberg University gotRuprecht-Karls-Universität Heidelberg is third in this year's rankings and is one of the oldest universities in Germany. In 2007 it won the title of "Elite University", and in 2019 it maintained its title of Excellence. What distinguishes this university most is its good reputation, which attracts a large number of foreign students. In 2008, the German university won the award for the best sponsorship for foreign students at the level of German universities.